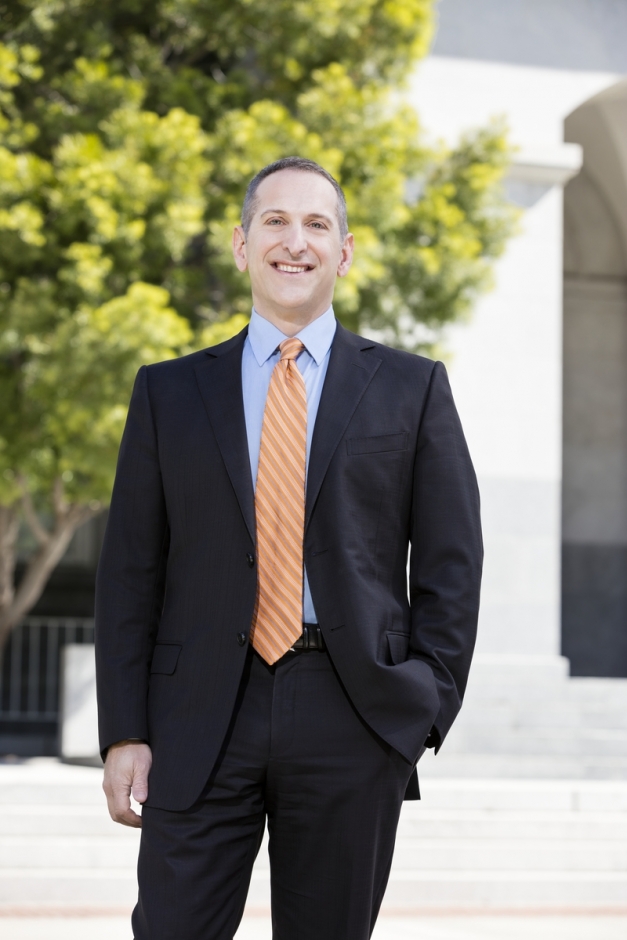 Frank Mecca has served as Executive Director since October 1991, during this time he has helped establish CWDA as a leading advocacy and policy organization in the field of public human services.

Under Frank’s leadership, the association has been instrumental in the development of significant human services programs and policies, including helping shape the CalWORKs program, creating the Adult Protective Services program, and advocating for significant child welfare reform efforts such as extending foster care support to youth after age 18.

State Must Prepare for Human Crisis to Persist Beyond COVID-19

Many of us are experiencing the COVID-19 pandemic through stories in the news, our social media feeds or our sparing trips out of the house to buy groceries or take-out.  At CWDA, we have a different view of how the pandemic is unfolding — through the data and frontline experiences of our county human services programs serving vulnerable Californians and families.

SACRAMENTO – The County Welfare Directors Association (CWDA) is proud to announce that Governor Newsom has appointed CWDA executive director, Frank Mecca along with other statewide experts and local leaders to advise him on confronting the homelessness crisis in California.

CWDA Statement on the 2019-20 Budget May Revise

SACRAMENTO – CWDA continues to be inspired by Governor Newsom’s vision of a California for all, as evidenced by his May Revise investments to lift Californians out of poverty and homelessness. The 2019-20 May Revise continues to expand on programs that address underlying issues contributing to the state’s high poverty rate, including housing insecurity, trauma, and low wages. Proposed changes include greater funding for trauma screenings as well as funding for physician training and the time to properly roll out the policy change.

Let’s start off with the basics, what is the Earned Income Disregard and how does it work?

When the Legislature – on a bipartisan basis – implemented CalWORKs, which is California’s version of federal welfare reform, there were several key tenets; one of them is that work should pay. The idea is that as families on CalWORKs are able to move into the workforce and earn money, we won’t deduct dollar-for-dollar from their CalWORKs check.

California is officially the fifth- largest economy in the world, unemployment is low, and our state is prospering. Yet, we also have the stain of the highest rate of children living in poverty in the nation. California’s coffers are filling up, but our social safety net programs intended to lift families out of poverty aren’t doing enough to meet the high costs it takes to live here.

A good investment to keep California’s seniors from becoming homeless

Last Thursday, CWDA executive director, Frank Mecca’s opinion editorial in support of the Home Safe program was published in the Sacramento Bee. Home Safe is a one-time budget ask of $15 million over three years that will be matched by counties dollar for dollar to help Adult Protective Services ensure that victims of elder abuse do not become homeless. It is also one of CWDA’s budget priorities this year. Below is the full opinion editorial.

A good investment to keep California’s seniors from becoming homeless

We are witnessing an awful reality that as California’s senior population booms, so does the number of elderly and disabled adults who are abused, neglected or exploited.

They often are forced into potentially life-threatening homelessness even after Adult Protective Services is alerted. Unfortunately, when APS was created two decades ago, it wasn’t designed, nor was it ever funded, to deal with complicated housing issues.

By now, the numbers are well known and appear daily in news reports and commentaries: About 3.7 million Californians would lose their Medi-Cal health care coverage if Congress moves forward with the promise to repeal the Affordable Care Act. Another 1.2 million would lose the federal subsidies that have made coverage affordable to them via the California health benefit exchange.

Child welfare agencies, children’s advocates and community providers are reminding their partners and the public that the new year marks a major turning point in California’s efforts to help children who are victims of sex trafficking: These children will no longer be treated as criminals.

CWDA Executive Director Frank Mecca will serve as vice chair of the California Budget & Policy Center in 2017. Frank has served on the Budget Center’s Board since 2013. The Budget Center Board elected its new leadership at its December meeting.

Governor has Opportunity to Make it Clear: There’s #NoSuchThing as a Child Prostitute

A 14-year-old girl is raped. Repeatedly. Law enforcement arrives on the scene. Officers determine there is reasonable cause the crime of rape occurred. This child has been raped and sexually abused by multiple people in just 24 hours. They then arrest … the child.

Imagine getting a call that your elderly father – who you thought died two years ago – is alive. An Adult Protective Services worker shares that your father, who lives 100 miles from you, who you thought succumbed to complications of a traumatic brain injury, is the victim of physical, financial and psychological abuse. For several years, he’s been isolated and neglected by two people you thought were his caregivers.

The headline reads, “Dozens arrested in sex trafficking bust in Colorado.” Buried deeper in the story from April 27 about the adults arrested for trafficking and prostitution: among the children recovered was a 15-year-old victim who was transported to Colorado from California.

That 15-year-old child could have come from your community.

SACRAMENTO— Frank Mecca, executive director of the County Welfare Directors Association of California (CWDA), released the following statement in response to the bipartisan “No Place like Home” State Budget initiative led by Pro Tem Kevin de Leon and supported by a coalition of Senators:

Housing is key to move Californians from welfare to work By Frank Mecca and John Bauters, Special to The Bee

After suffering through unthinkable abuse for over a decade, Michelle gathered the strength to leave her husband and seek a better life for her three children. But what came next was a series of humbling experiences she never imagined.

Nine children who were being repeatedly sold for sex and exploited by pimps were recovered last week in the Sacramento region, part of a nationwide FBI sting that recovered 168 children across the United States. Sacramento had the sixth highest number of recoveries out of the 54 FBI field offices involved.