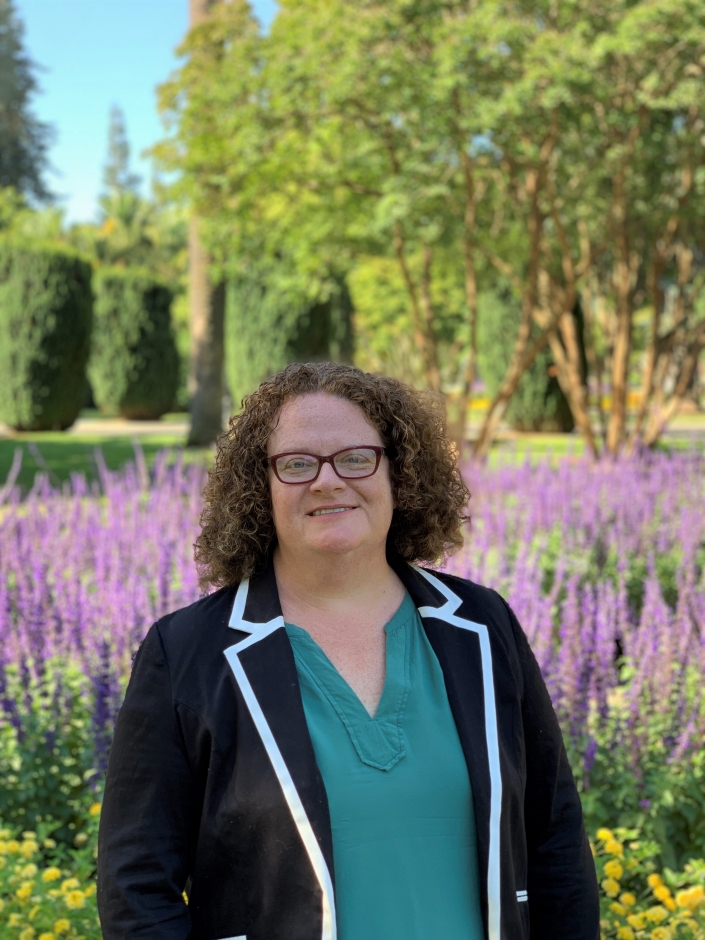 Cathy Senderling-McDonald has served as the Deputy Executive Director since 2010, and works with the association’s executive director and CWDA Board of Directors to promote legislative, budget and policy changes that improve human services programs and the delivery of those services.

Cathy joined CWDA in 2000 as the association’s legislative advocate and later became senior legislative advocate until her promotion to deputy executive director. Prior to joining CWDA, she served as the California Senate Budget Committee consultant for social services programs and a fiscal and policy analyst for the California Legislative Analyst’s Office. She has a bachelor’s degree in Journalism from the University of Missouri at Columbia, and a master’s degree from the Heinz School of Public Policy and Management in Pittsburgh, Pennsylvania.

Cathy currently serves as the President of the National Association of County Human Services Administrators (NACHSA). In July 2018, she was appointed by Supervisor Greg Cox of San Diego, incoming President of the National Association of Counties, to serve as the Vice Chair of the Aging Subcommittee of the Human Services and Education Steering Committee, of which she is a longtime member.

Today, the Trump Administration dealt another blow to Americans struggling in poverty by publishing a rule to take away Supplemental Nutrition Assistance Program (SNAP) food assistance, known as CalFresh in California, from those they consider “able-bodied adults without dependents” that are either unemployed or underemployed. CWDA strongly opposes this cruel and counterproductive rule, which won’t accomplish what it allegedly seeks, which is to motivate people to be gainfully employed.

“After standing with Governor Newsom and California Attorney General Becerra against the “public charge” rule and in support of their lawsuit against it, CWDA is pleased that multiple courts have ordered a stay of the rule. CWDA is relieved that the entire rule will not go into effect until the process plays out in our courts and will not be going into effect anywhere next week. The “public charge” rule change would only have harmed immigrant families nationwide should it have gone into effect next week as was planned.

No Easy Answers: Views From the Border

Three weeks ago, I was in El Paso, Texas, riding in a Border Patrol bus along the Rio Grande river. The river ran through a concrete gorge, Mexican national guard troops standing every few hundred feet on the other side. Just past a tall section of border wall, several Border Patrol SUVs converged on a young woman holding a baby in her arms, a toddler clutching her jeans and a young man standing next to her. Another woman, also with a baby and toddler, sat nearby.

This change to long-standing immigration law will hurt California’s  immigrant population, especially those trying to make ends meet, by instilling a real fear of using public assistance programs that they are eligible for and need. CWDA stands opposed to this rule change and is engaging with our state and advocacy partners in their efforts to stop this policy from going forward.

The County Welfare Directors Association of California (CWDA) condemned the Trump Administration’s final rule announced today that will change long-standing rules about legal immigrants’ use of public benefit programs. These “public charge” rules, which were released earlier in the year in draft form and drew more than 210,000 sets of comments from organizations and individuals across the country, including CWDA, will be published Wednesday in final form in the Federal Register.

SACRAMENTO –The proposal put forth today by the Trump Administration would end the streamlined process that California and dozens of other states have opted into, which allows us to deem low-income families that meet certain qualifications, such as CalWORKs participation, automatically eligible for CalFresh food assistance, also known as SNAP federally.

SACRAMENTO – CWDA opposes the Trump Administration’s proposed changes to the rules that govern the consideration of whether certain legal immigrants are to be considered a “public charge,” released by the Department of Homeland Security on September 22, 2018. This unnecessary and cruel proposal changes long-standing federal policy governing the entry and livelihoods of our nation’s immigrant population.

The Road Ahead for California’s Foster Care Reform

CWDA continues to fight for the tools and resources necessary for the success of Continuum of Care Reform (CCR) in California’s child welfare system. It is imperative that California enact legislation that will help California meet the goals of this major foster care reform effort and ensure that funding is dedicated to that purpose. We must ensure that foster youth and caregivers are supported and stable as we continue to roll out and learn from this reform effort. To that end, we are determined to see two important policy efforts implemented in the coming year.

CWDA is proud to announce that deputy executive director Cathy Senderling-McDonald was appointed by National Association of Counties (NACo) President Greg Cox of San Diego to be the 2018- 2019 Vice Chair of the Aging Subcommittee under the Human Services and Education Steering Committee of the organization.

A number of news outlets have published articles in the past two weeks about the children and parents separated by Immigration & Customs Enforcement (ICE) as they cross our borders. Some of these articles have referred to the children handed over to contracted agencies and placed into homes as being “in foster care.” This is not the case, and the record must be set straight.

Abused and neglected children, persons with developmental disabilities, families facing extreme poverty and the elderly all stand to see negative consequences from the passage of the Republican tax bill first hand in California, though not in the way people may think.

The Cloak and Dagger Congress

If you believe the tweets, the Senate has begun or will soon begin sending pieces of its health care reform proposal to the Congressional Budget Office (CBO) for the development of a fiscal analysis, or “score.” Unlike the House, which passed the American Health Care Act prior to the release of an updated score, the Senate must have a CBO score on any bill it seeks to bring up on the floor. So far, no leaks have occurred, so unless you’re in a very small, not very diverse-looking group of Senators or their staff, you’re in the dark just like me.

Seven years ago, today, the Affordable Care Act was signed into law, marking the start of dramatic improvements in health care delivery and access for millions of Americans. For decades, our county eligibility staff had to tell people “No,” they weren’t eligible for coverage because they had no children, no disability, income that was a little bit too high. In California, the new law let our county staff tell nearly everyone, “Yes! You qualify for health care.” The ACA opened doors to coverage for millions, including the state’s highly successful Medicaid program expansion, which now covers 3.7 million adults, as well as the additional 1.5 million covered through Covered California, our state exchange.

It’s been four days since House Republicans released their American Health Care Act (AHCA) to repeal and replace the Affordable Care Act. Another name that might have been considered: The “Axe Medicaid” Act.

“Keeping America Healthy” – that’s the motto of the Medicaid program, established more than 50 years ago to provide health coverage to low-income people. The program – one of the largest insurers in the nation – has seen dramatic improvements in eligibility processes, health care delivery and access in the seven years since the Affordable Care Act was signed. Medicaid – known as Medi-Cal in California – today covers 1 in 3 Californians, counting 14 million children, adults and seniors on its rolls.

Take Action on EITC Awareness Day Learn about the Federal & State Tax Credits, Tell a Client, Family Member or Friend How to Get the Credit They've Earned

Today, January 27, is EITC Awareness Day across the nation, a day to promote the federal Earned Income Tax Credit (EITC) and help ensure low-income workers know how to claim the tax credit they have earned. In California, we want to be sure people also know about the state tax credit known as CalEITC, now available for the second year.

In the world of policy, decision makers try to balance the needs of various constituencies to drive toward incremental change. Reform efforts that start with the best of intentions can have unintended consequences, often for the very people they are trying to help. However, when we know what the consequences are before legislation is passed, we can follow the cardinal rule of any intervention: First, do no harm.